I was scrolling down the posts on FaceBook and came across this video post from Pole Dance Italy. 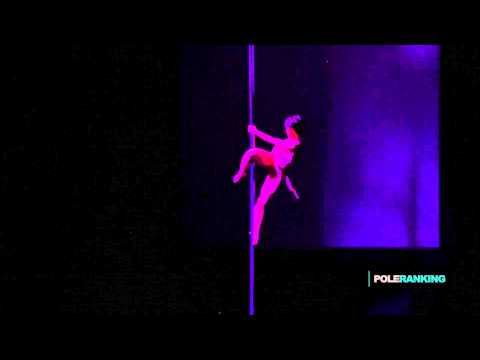 I just Had to see this pole dance

I don’t know why but I was compelled to view this video. Sometimes I just look to see the performance. This one was different. I just had to watch it.

As I watched this performance, I found myself completely living what I saw, heard and felt. I was lost in the moment as though it were forever. There were not any special moves or combinations. Rather, a performance of grace and joy with a touch of hope.

The music and performance Alessandra gave was one to show the world how beautiful pole dancing really is.

Alessandra Marchetti is also Semifinalist representing Italy at the IPC. The International Pole Dance Fitness Association presents the 5th competition to be held in Singapore on November 30th, 2013.

at 35 years old, I started learning Pole dance with Orietta Tamantini at the Polexgym studio. In March 2011, I did my first competition in Bern and in September, I became Italian Pole Champion!

I look forward to seeing how she does.