With the popularity of Pole Dancing on the rise, Pole World News is hosting their 1st annual awards. 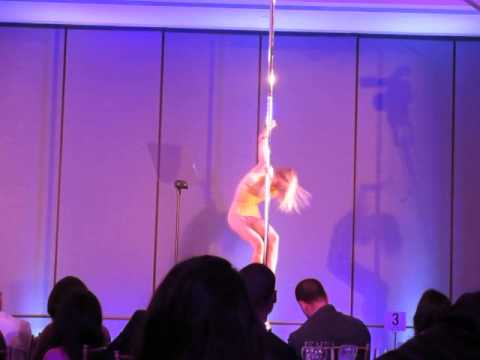 Unfortunately, Pole Dancer Today found out about it after the fact.
Looking on their website, only 2 links were found to outside press releases…One day before the event and 3 days after.

The Huffington Post ran an article only 1 day prior to the event. Included was…

“There are competitions all over the world where women
(and men) can show off their talents at slithering and sliding around a
brass pole.

Now, pole dancing is getting its own version of the Oscars, Grammy or Emmy Awards.

The first ever Pole World News Awards will shimmy into history on
March 21 at the Dorothy Chandler Pavilion in Los Angeles, livestreaming
at PWNAwards.com starting at 6 p.m., PT.”

“Nominee Greta Pontarelli is a good example of how pole dancing has aroused interest beyond strip clubs.

Pontarelli is 63, but is a top contender in both the Female Performer
of the Year category as well as Most Inspirational. She is amazed by
the nominations, considering she only started pole dancing four years
ago.

Even more amazing: She claims she was unaware of pole dancing’s strip club roots until shortly before she took up the activity.

“I never knew about stripper poles until just before I started doing this,” Pontarelli told HuffPost.”

“Another question is spinning around the pole dancing community: Is it a sport or an art?

Some organizations, like the International Pole Sports Federation,
see pole dancing as a sport that should be scored like figure skating or
gymnastics, and be in the Olympics.

Others, like Wendy Traskos, co-founder of the US Pole Dance Federation, believe pole dancing is more akin to jazz and ballet.

Natasha Wang, the 2011 US Pole Dance champion, believes the Pole
World News Awards represents a new level of respectability for pole
dancing, but admits there is still work to be done.”

“As a demonstration of how far they’ve come, the pole
industry held the very first Pole Dancing Fitness Awards this past
Friday at the Dorothy Chandler Pavilion, home of the LA Opera. It was a
black-tie event complete with red carpet and a full range of categories
from Male & Female Performer of the Year to Sexiest Legs (a
performer named Cleo the Hurricane won.)”

“In the past ten years, the pole dancing has totally transformed into
a celebrated art form and sport. There are competitions held all over
the world, and there’s even a campaign in the works to get pole dancing
into the Olympic games.”

Who Won The Events

Even a few days after the event, there is not much to be found easily
about it. There is not even anything about who won what. Even the
videos, just a few, look to be filmed on smartphones.

Too bad the industry is staying in the dark where they want the stigma to be.

Still nice there was a ‘Black Tie’ level event.